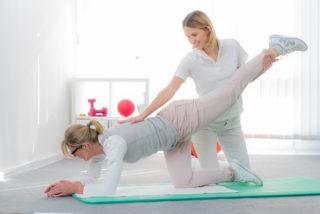 When to go to a logopedist?

You can visit a logopedist at any moment if you worry about something in a child’s development. A logopedist can assess the speech ability, or rather the potential for its development, as soon as several moments after the birth. The tasks of a young child logopedist include:

Early therapeutic intervention may eliminate or alleviate the effects of disability of speech organs and affecting the communication development.

What may indicate speech disorders to occur in the future:

The problems above usually result from incorrect muscle tension of the tongue, lips, palate, cheeks. Since the first weeks of their lives, premature infants, children with diagnosed anatomic defects (e.g. cleft palate) and with such genetic defects as: Down syndrome, Apert syndrome, as well as children with cerebral palsy, should remain under care of a logopedist.

Sometimes the fact that a child slightly differs from the norm or does not pronounce a certain sound is perfectly normal, because speech development is an individual process and proceeds at different pace in each child. However, in case of any doubts, consult a logopedist who will assess whether it is a speech impediment or a physiological stage of language acquisition. It is not worth delaying a visit. The sooner a specialist diagnoses a potential impediment, the easier it would be to correct. Waiting for the problem to pass on its own actually helps the impediment to establish. You cannot grow out of a speech impediment!

Consult a logopedist if your child:
Is 2 months old and does not wake up at loud sounds. Is 3-4 months old and does not turn his/her head towards the source of sound.
Is 6 months old and does not babble, does not react to his/her name.
Is 12 months old and does not use several words, such as mama, baba.
You suspect that your child does not understand your commands.
When 2 years old, does not attempt to use full sentences.
When 3 years old, communicates with gesture and syllables. Does not pronounce any of the mouth vowels: a, o, e, u, i, y.
When 4 years old, substitutes sounds s, z, ts, dz with their softened counterparts œ, Ÿ, æ, dŸ, substitutes voiced sounds with voiceless ones, e.g. w with f, b with p, g with k.
When articulating such sounds as s, z, c, dz, t, d, n, puts the tongue between the teeth or rubs it against a lip. This is an impediment at any age.
Substitutes sounds with others, not used in Polish, e.g. guttural “r”.
The problem of developmental speech influency increases.
Speaks through the nose and has the mouth constantly open, even when not infected.
If you notice anatomical changes of speech organs.
In case of any doubts whether your child hears well.
Parents! The sooner you come, the better for your child.

Some words about speech development.

Since the moment of birth, a correctly developing baby utters sounds and communicates its needs with voice. However, the first sounds bear no resemblance to speech. Apart from crying, we can hear muttering, wheezing, clicking and other sounds difficult to name.Sounds resembling speech appear at the end of the 2nd month. The baby’s articulation abilities at that age include vowels. The end of the 4th month brings the first consonants. The first to appear are the primary consonants: p, b, m. When approximately 5 months old, a baby begins to build syllables of primary consonants and vowels: ma, pa, ba. Other consonants also appear: t, g, d. In this period we observe a phenomenon known as self-echoic babbling (repeating of own realizations). When babbling, a baby learns how to operate the voice, practices its articulation ability and phonemic hearing. About the 8th month, an infant begins to understand statements with emotional undertones. The tenth month sees emergence of the communicative intent. Words such as mama, baba, dada, refer to specific persons. New words appear at this time. A baby can already say: mama, baba, pa pa, am, da. About the 11th month, we can hear long, melodious sequences of syllables, usually of the same ones. The degree of understanding increases constantly. At the end of the first year of life, a child usually understands several words. It reacts to names of family members or the usually mentioned name of food. When 12 months old, a child already understands many simple commands and questions, can perform the command “give”, understands the word “no”. The second year of life is a time of quick changes in a child’s language system. At this time all mouth vowels appear, as well as many of the consonants, which can be softened. Difficulties may occur with such consonants as: w, f, k, g. However, they should appear as late as the 3rd year of life. Due to small efficiency of the articulation organs, a child may reduce consonant clusters, substitute more difficult sounds with easier ones. At this time, the vocabulary constantly broadens. In the third year of life, a child usually pronounces all vowels correctly, except for nasal ones (¹, ê), as well as most consonants. Only alveolar sounds, sz, ¿, cz, d¿ and r, are not used. A child can substitute more difficult sounds for easier ones or use their softened counterparts (s-œ, z-Ÿ). A child can build simple sentences. A child who is 4-5 years old perfects the acquired abilities: broadens the vocabulary, builds increasingly longer sentences, pronounces most sounds correctly, including sz, ¿, cz, d¿ and r. The child can still make many mistakes, such as omitting sounds or substituting them for easier ones. When six-seven years old, a child’s speech development comes to an end. All sounds should be mastered, and the child should build sentences correct with regard to syntax and grammar. However, keep in mind that every child develops at its own pace and small differences from the norm need not be anything to worry about.

She gained professional experience working as a neuro-speech therapist at Mazovia Centre of Neuropsychiatry Corporation in Zagórze, near Warsaw, at the Centre for Child and Family Development and in Integration Nursery in Warsaw.

She offers the following therapies and classes:

Copyright by MediPark 2016. All rights reserved.